We have been running our international summer schools for over 20 years. During this time we have learnt how to best support our students in all sorts of matters: academic, linguistic, visa and travel, cultural adjustment etc..

In our summer schools you will meet the best university scholars eager to share their expertise and research findings with you. The communicative methods our Russian teachers use will help you start speaking Russian after just a two-week course.

We believe that the best way to learn is through hands-on experience. That's why, in our summer schools you'll be speaking Russian in and outside of the classroom, conducting your own experiments, and making DIY things to take home as nice memories of Russia, Izhevsk and UdSU.

On one hand, Izhevsk - the capital city of the Udmurt Republic - offers a well-developed infrastructure with lots of places to visit and things to do. On the other hand, within reach are dense forests, beautiful meadows, and the magnificent Kama river. Air connection with major cities will allow you to easily travel any place of interest in Russia.

Students come to our summer schools from every corner of the world: Europe and Asia, Americas, Africa and Australia. They mix with local multi-ethnic community of Russian, Udmurt, Tatar, Mari people, creating a vibrant kaleidoscope of identities, cultures, and languages.

From airport pick-up, to bank and mobile issues, to having a ball - our wonderful student volunteers are there to support you 24/7. You won’t have a single chance to get bored as our buddies have million ideas how to entertain you.

The Udmurt Republic (Udmurtia for short) is one of the administrative entities of the Russian Federation. It enters the Volga Federal region and the Ural economic region. The population is over 1.5 mln. people. The area is 42 thousand square km, which is exactly same as Switzerland. 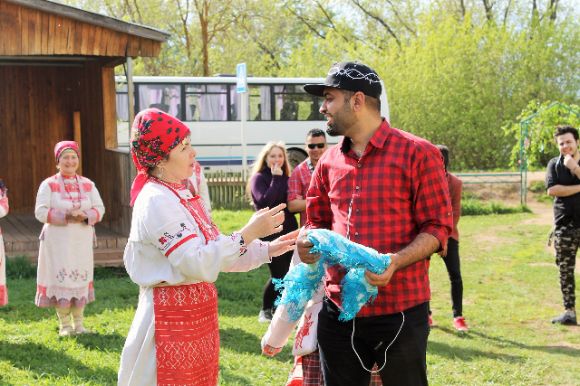 The Udmurt region is a home for over 120 ethnicities. The majority are the Russians (60%), second largest group are the Udmurt people (29%), and the Tatars make up 7% of the population. The Udmurts – the indigenous people of Udmurtia - belong to the Finno-Ugric group. Their next-of-kin ethnic groups in Europe are the Hungarians and the Finns. The Udmurt people speak Udmurt language, which is one of the official languages in the Republic along with Russian. 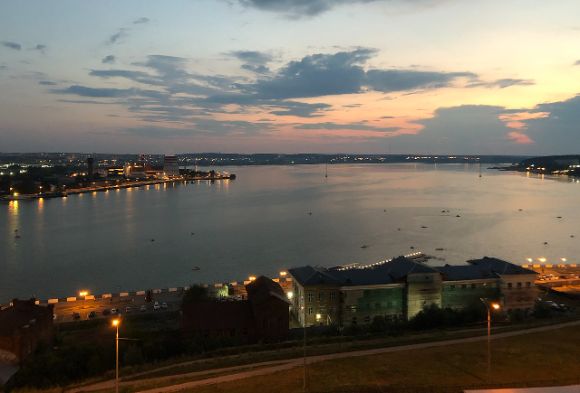 The city of Izhevsk is the cultural, industrial, and educational center of Udmurtia. It is one of the 20 largest cities in Russia with population of almost 700,000 people. It was founded in 1760 as a steelworks settlement. 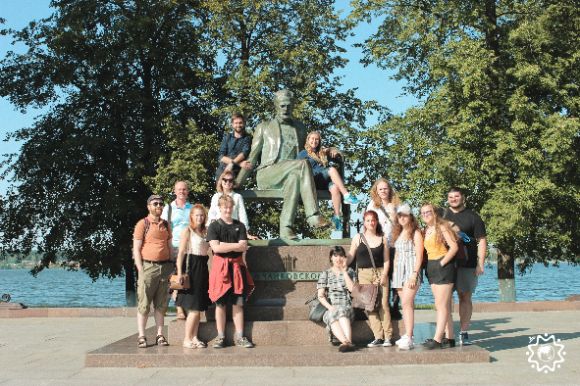 Choose a programme and complete a form below.

Take part in the Q&A session on April 28.

Get an Invitation from us, apply for Russian visa.

«Your Summer School is run with excellence. The level of the group is just appropriate... Everything came in handy. The coordinators were very considerate and efficient. I thank you a lot and want to continue studying at UdSU in future».

«I really liked UdSU Summer School. It helped me to obtain Russian language skills and find new friends from all over the world».

«After UdSU Summer school my level of Russian has grown significantly.
I'd like to recommend this course - you will have a great time and an unforgettable cultural experience!»

“(My best memory of the summer school is…) meeting so many new and amazing people who were just eager to help, teach, learn. Staff, buddies and other participants alike.”

”The extracurricular activities with the buddies were exceptional!” 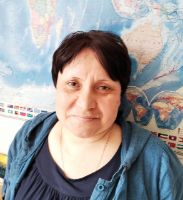 Head of the International Cooperation Department

"The role of summer schools for the internationalization of our university cannot be underestimated. Although these are just 2 weeks they give a lot to both international and domestic students as they mingle, exchange knowledge and ideas, and have great time together." 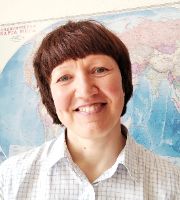 "The preparation takes a lot of time and efforts. But in the end, it's always worth it. Organizing summer schools is one of the most rewarding parts of my job as an international administrator."